Seungri, G-Dragon And Taeyang Make My Day On SBS's Inkigayo 130915

Posted by Erika on September 15, 2013
All the cute, guys, all the cute!  That's all I could think today as I watched the videos and fancams from G-Dragon and Seungri's (featuring special guest Taeyang) Inkigayo appearance today.  GD has looked super happy recently, and I swear part of it has to do with the fact that he's been promoting alongside Seungri.

RiRi sure does bring out GD's silly side, which is a good thing because he was starting to depress me a bit with all that "I look exhausted" business.  It's also quite nice to see him not try to look cool and chic once in awhile, so I was doubly sad to hear that today was Seungri's goodbye stage.

Alright guys, so many videos and pics to look at!  Get started below: 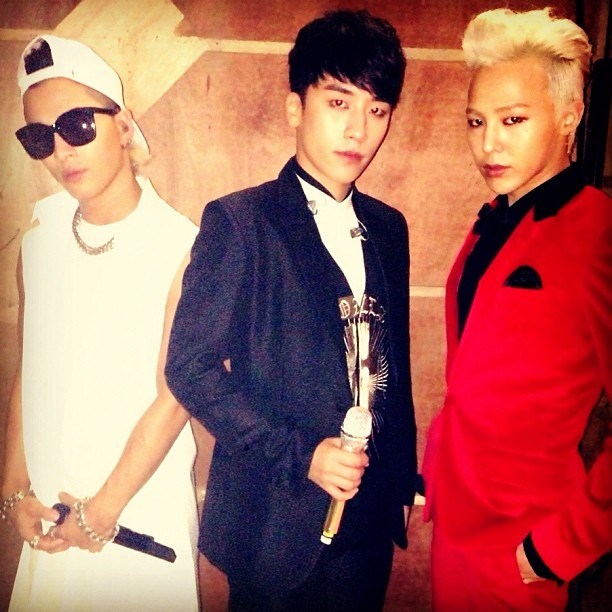 
This performance of "Let's Talk About Love" was so good!!!  Everything about it was fun and flaw free, and look at Seungri's smile at the end up there; that just goes to show you how ecstatic he was.  In fact, they all looked happy to be performing together, which was so nice to see.

Other honorable mentions:  Seungri's awesome "Gotta Talk To U" remix and GD and Seungri's fab suits and footwear.  Even though I wasn't a big fan of Taeyang's outfit (except his sparkly Saint Laurent shoes), I did like how they tied it all into GD's album by wearing black, white and red.

Taeyang was actually dressed better than I've seen him in awhile and I could tell he's slimmed down quite a bit in what must be preparation for his upcoming album (not that he was ever fat, jeez!).  I am, however, kind of leery of seeing what he's done with his hair.  I could see some black and blonde under there but it looks straighter and shorter than it has in awhile.  We shall see, I guess!

On to the next video:

(You can get their Saint Laurent pieces here, here and here.)


To which GD replied:

"Ya this is not okay"

So Seungri came back with:

"But you look cute"


Too, too cute!  I just love when they give each other a hard time, and laugh with each other, on social media for the world to see. 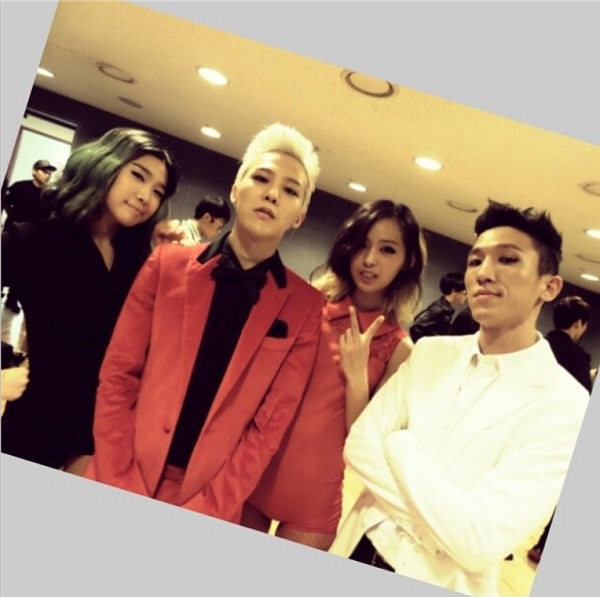 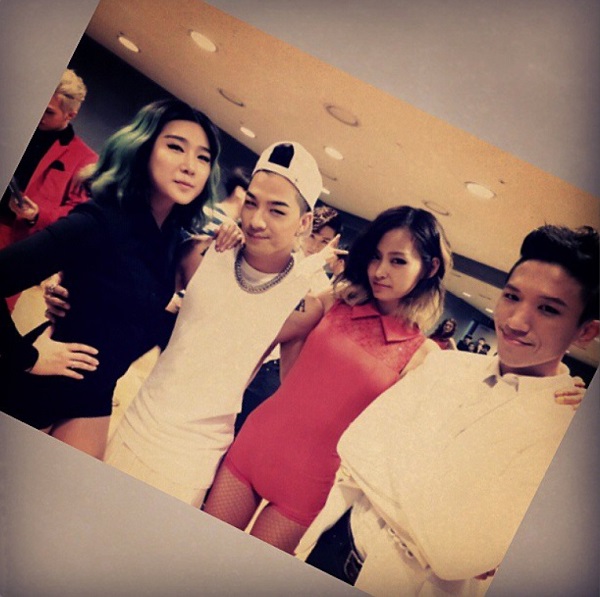 What did you think of today's Inkigayo performances from G-Dragon, Seungri and Taeyang?