UPDATED: SHINee To Make Another 2013 Comeback With "Everybody"

Posted by Erika on September 29, 2013
It's party time my Shawol friends, because SHINee will be making a comeback with their 5th mini album on October 14th!  This album is entitled "Everybody" and it will be their 3rd Korean comeback of the year.  You know what that means, right?  No more striped cardigans or khakis, that's what!  Yesssss!

Taemin TaeMAN's guyliner-ed beauty of a teaser pic is below for your edification and enjoyment.  Once you tear your eyes away from that, please do read on for a bit of fangirling: 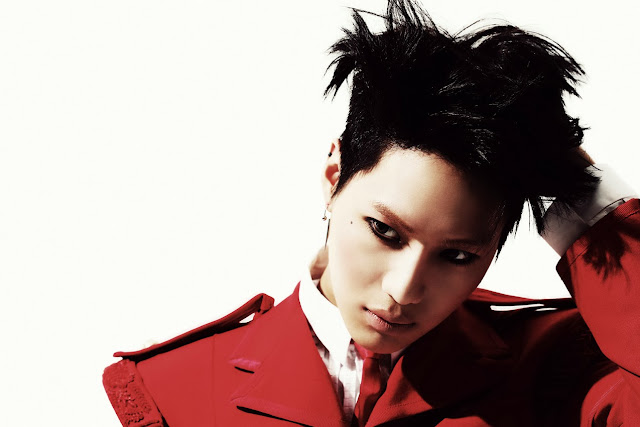 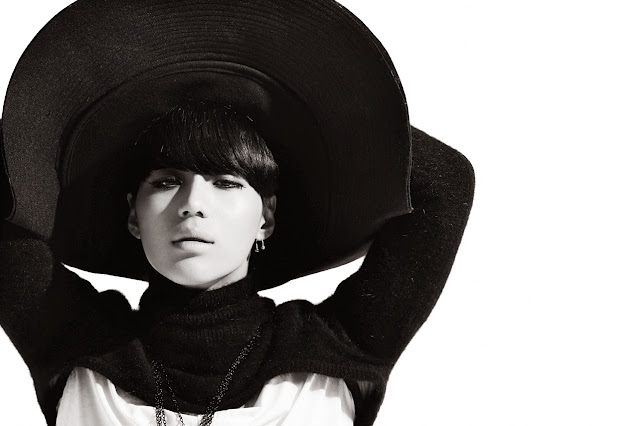 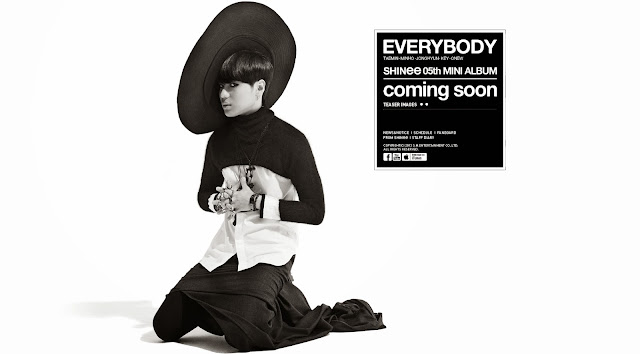 Edited to add: I realized that I missed 2 teaser pics super late at night so I'm adding them now.  I just have to say WOW!!  He looks incredible and I cannot tell you just how much I love the styling.

I'm sure you can imagine my surprise and delight when I happened to check Twitter at the exact right time to find out about this glorious event.  You know you've been bitten badly by the Kpop bug when you end up looking like this:

in public after reading about your favorite group's comeback plans.  I am excite people, I am SO EXCITE.  Even though I kind of wanted them to rest instead, I'm glad they're not ending the year with this "Boys Meet U" bullcrap stuff.

Did you realize that this will be SHINee's 7th release of 2013?  Well I did (after reading about it) and umm yeah... 7th release, wow.  I bet they're exhausted.  I am and I haven't even done 1/4th of the things they have in the past week, much less the past year.

So far they've released "Dream Girl", "Why So Serious?", "Fire", "The Misconceptions of Us", the "Boy's Meet U" album + single, as well as doing a multitude of concerts, fan events, magazine shoots, tv appearances and even a k-drama and a play.  They'll be continuing on with all of that stuff, including their SHINee WORLD 2013 Boys Meet U Japan arena tour, as they promote this album.  Let's start praying now for a lack of fainting spells and/or illnesses this time.

SHINee will be making their first comeback stage on M! Countdown on October 10th:

Will these be the songs included on the album?


I have so many more questions!  Will Onew's hair stay blonde?  Will Jonghyun's stay white?  Will they come back with a fast song or slow?  Is Minho stuck with the same hairstyle?  Don't leave me hanging, people!!


Alright guys, a SHINee comeback means no more blogging vacay for me so...

Stay tuned for tons of SHINee as more "Everybody" news is released!