Posted by Erika on March 28, 2013
For the K-pop elite, Seoul Fashion Week can be a place to see and be seen and this spring is no exception.

We know SHINee's Key is a regular at Seoul Fashion Week (click here for Key and others at last spring's F/W shows), but this time Minho and Taemin also came out to play.

Key started out the festivities by hitting up two shows.  First he attended the Kim Seo Ryong Homme show, in which big name model/actor Kim Woobin (of "School 2013" fame) walked the runway. 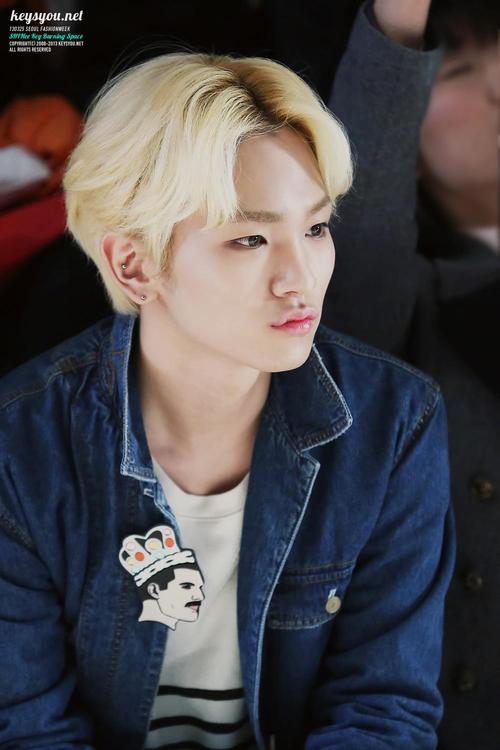 I was a little taken aback by Key's plain outfit for this show, as I'm used to him being his full fashionisto self when he does the fashion circuit.  However, he did not disappoint me all the way because he made sure to accent his 'fit with a Freddie Mercury pin.  I swear he likes to give us strong hints sometimes. 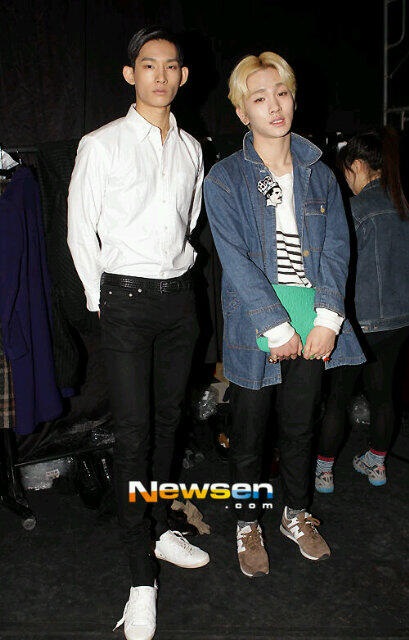 Key was there to cheer on his bff model Park Hyeong Seop, who was walking the runway for the show. 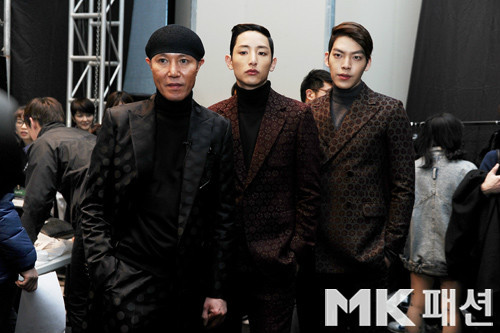 You can check out more pics of the show by clicking here.

The next day, Key headed on over to designer Song Hye Myung's fashion show for her brand Dominic's Way.  Key was once again making sure to support his model friend but was also there to take in his designer friend's show. 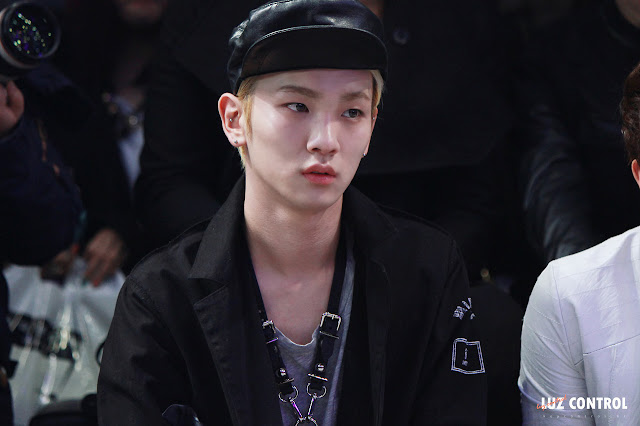 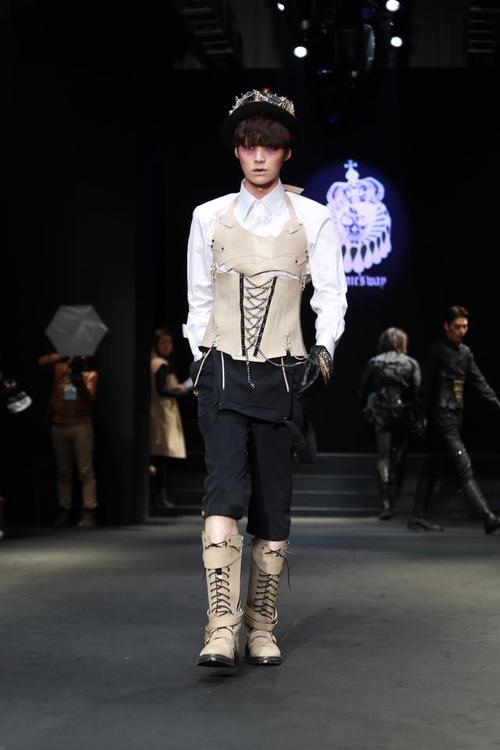 Loving how dramatic and gothic the outfits are, and I definitely want that leather jacket, or even the red velvet one.

Some facts about Song Hye Myung that should interest you:  She's a classically trained men’s wear designer who also works as a stylist in the kpop industry and for the Giovanne Homme brand until she launched her brand Dominic’s Way in 2006.  She's designed for B.A.P, most notably their customized leather jackets from the "Warrior" promotions, as well as their "No Mercy" suits.

That same day, Minho attended the Studio K show to take in the sights: 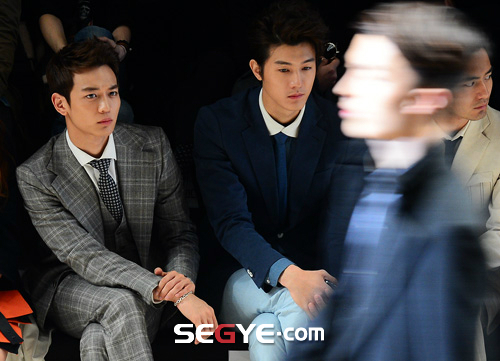 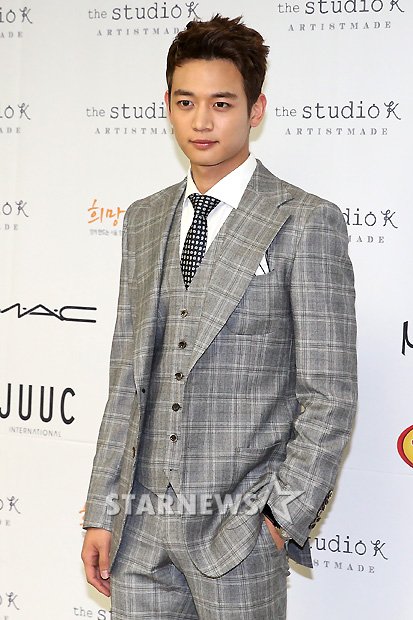 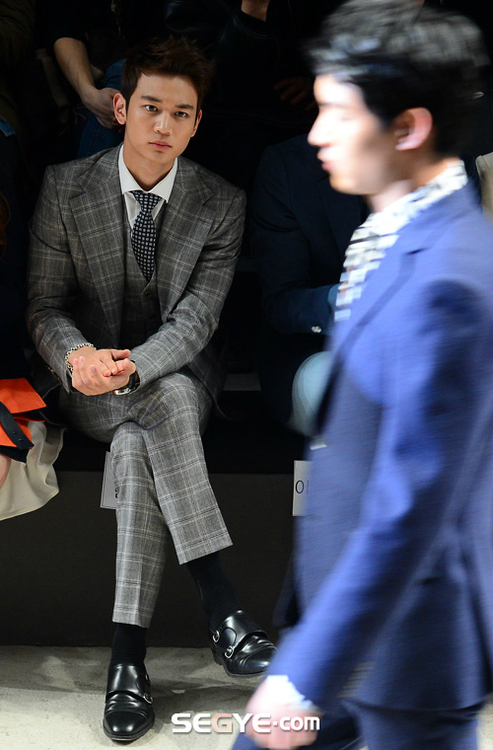 I swear Minho just keeps getting better and better as he ages, which seems impossible but there you go.  That suit fits him beautifully, even though I'm not used to seeing him in looser fitting dress pants. 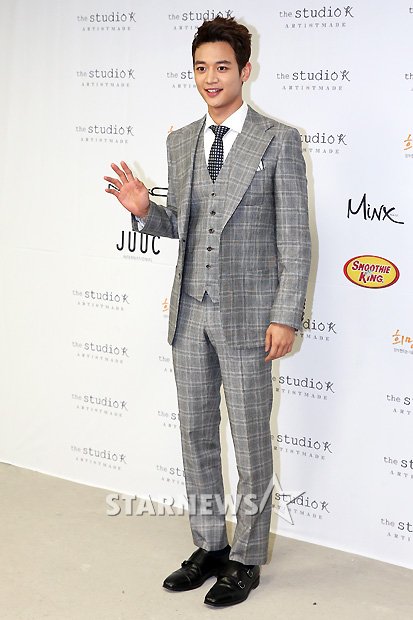 Here's a snippet of what Minho was taking in at this show: 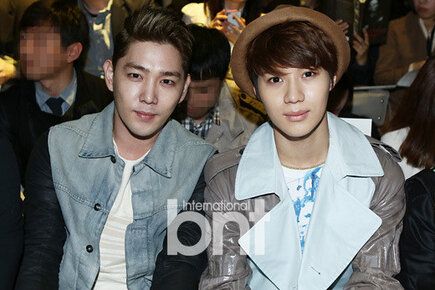 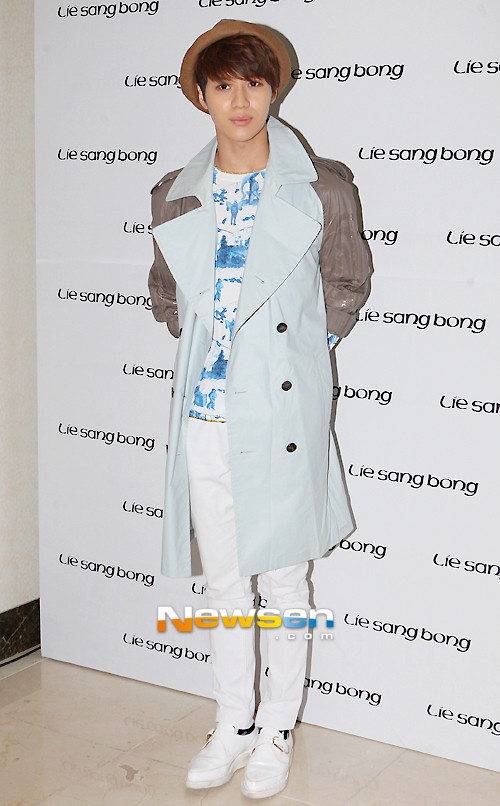 Apparently Taemin is still all about those crazy looking, Harry Potter sorting style hats because he wore one that day: 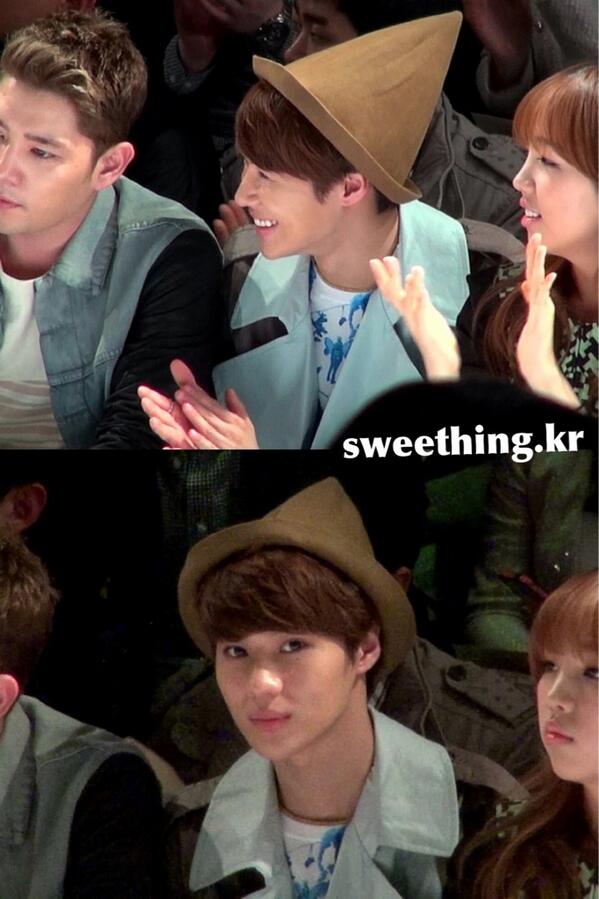 Well hey, at least he can pull them off right?  Anyway, if you'd like to check out the full Lie Sang Bong show, you can do so below: