It's Day 2 of Guest Blogger Week on Oddness/Weirdness and today I bring you April from PinkFashionNinja.com.  This is what April has to say about herself:

"I'm April from Kansas but unlike Dorothy I'm not wishing to get back home.  Currently residing in South Korea.  BoomShakaLaka"

April blogs about Kpop and Kpop fashion, and since she lives in Korea you can count on her to give you the low down on the latest concerts and on how to get that Kpop style without breaking the bank.  You can also check out her vlogs on YouTube for more of her unique viewpoint.  Read on for some of her thoughts:


Written by: April of PinkFashionNinja.com

First off a quick message:

I’ve gotten a quite a few inquires over the past couple years about people wanting to come to Korea for something other than teaching.  By now we all know that teaching seems to be the only way to work or even get to Korea (or Asia) for a foreigner.   Though this is mostly true, I want to use this time to share some thoughts and give hope to those you have dreams abroad.

Those who follow my blog know about my Fashion degree and about my aspirations to further my career in Asia.  It’s been a challenge which is what I expected and...wanted.  Sometimes when we really want something we take the more difficult/challenging route to get there.  This can be for a lot of reasons but each with the end result of discovering something new about ourselves and achieving our goals.  I want to say to those who have aspirations abroad to please go after them.  No matter the color or your skin or background, go after what you want in life.  There will be boundaries, walls as high as mountains, and language barriers, but don’t let it stop you.  It'll for dang sure be difficult, but if you have the drive, then you can get through it.

Many who’ve written to me have had a concern about being non Asian, specifically a woman of color (black, Hispanic etc.).  The whole world can seem against you, but push forward.  I can with certainty say this from experience.  I’m 1000% glad I moved abroad and went after what I wanted in life.  Many family and friends told me I was crazy and for a moment I thought I was.  It’s now been 2 years and I am more happy than ever, have discovered new things about myself and my career journey has blossomed beautifully.  Sometimes we have to start in an unknown place to get where we want to be.  It’s like a board game, you might not start at the start point or anywhere close to but you will eventually get to the finish line.  So to those who are scared to travel abroad because of challenges, or nervous to learn an Asian language because of cultural differences, don’t give up. No matter HOW crazy the aspiration is GO AFTER IT (Because I know I have some crazy dreams).

Even though I say to go after it, no matter how crazy it is, DO evaluate what you want and what can really happen.  For example: If you want to be an actress but have no portfolio or are too shy to even go on an audition, then jumping abroad to go after it isn't a smart idea.  We can have vivid aspirations but we must have the guts, diligence and motivation to go after them. Then AFTER you do that, go after it and don’t let anything or anyONE (or man) stop you.  Exploring a new land or culture anywhere in the world is an AMAZING experience and eye opening. Even if the situation you wanted didn’t exactly manifest as you hoped, in the meantime you’ve gained much knowledge and strength. And with the strength and knowledge you’ve gained, you won’t stop until you get to your dream.

Now that the mushy stuff is out the way I can get to some ranting! Ahaha. *Rubbs hands together like a villian*  Bwhahahaha~

What I will talk about will pertain more to the listeners of Kpop than to Kpop music itself.  These are just my personal opinions, so please take no offense.

1) Fans being too obsessed with Korea.

Yes, its new and cool but don’t let Asian/Korean things guide everything you do. Posting a picture of the ramen you just bought or how you just made a profile on Korean Cupid doesn’t get you an "I Love Korea" card.  I say this because I’ve been there, done that (except for the Korean Cupid thing) before I moved overseas.  I was all about eating Asian food, listening to Asian music, watching the movies, etc.  It’s really a honeymoon phase.

I suggest not just making it about Korea but all different types of cultures, like uncovering a Russian food restaurant, finding an Indian movie playing somewhere, or discovering a Thai singing artist.  It’s a way not to be so wrapped up in all things Korean.  Allow yourself to be open and you’ll find out there are so many others things you’ll love. 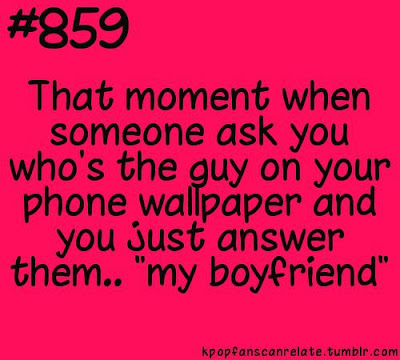 2) Kdramas are not the end all be all.

I have not watched a Kdrama in a year.  Why?  Because they’ve gotten so repetitious.  And yes, I’ll admit it might slightly have to do with me living here, but in all honestly there haven’t been any really good ones out lately (I mean heck what are the two things Kdramas have?  Koreans and Drama.  I see, and get, plenty of both. :D).  It’s always a short, bobbed-hair, bitchy business woman who wants to destroy someones life while a fugly school girl has 3 tall hot guys fighting over her.  Who wants to see that more than once?  If a good one comes around, I’m all open (but until then... it’s SCANDAL!!).

3) I find it really disturbing when Kpop girl groups do the crotch dance.

Though I’ve seen a myriad rap and hip hop videos with broads shaking dem trunks, I somehow feel more disturbed by a skinny chick in va-jay-jay shorts, spreading her legs apart, dry humping the air at Inkigayo. Some guy groups do it too, but UNFORTUNATELY they do it with layers of clothes on, which is why I’m not complaining about them, Lol. 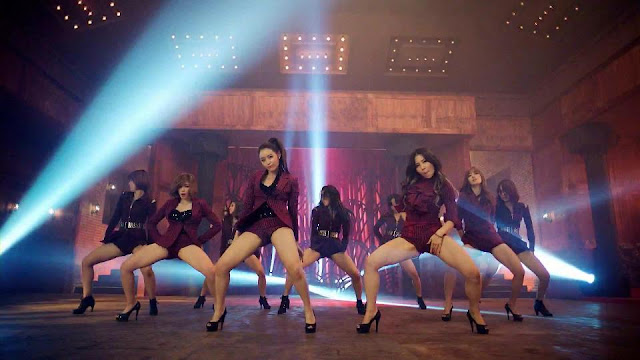 4) Last but not least, one thing I hear that bothers me, is when people comment that “I’m lucky to live in Korea.”

I didn’t realize how it bothered me until a few days ago. I feel that someone saying that to me, or anyone else, means we are only lucky because Kpop is here (Because spikey-haired (insert name here) you found out about in 2011 resides not far away).

I know if I were in another country, say Mexico or Morocco, no one would say “Hey, you're so lucky to live in Morroco!”  They’d have no interest in it and therefore wouldn’t care.  If I were to hear, “You’re so lucky you’re single with no kids and are able to travel”, then I could understand.  I want to make it clear, I don’t take living in Korea for granted, and yes it’s great to be around so much Kpop stuff but that’s just here and there.  I have a job and deal with issues and problems, just as anyone else does.

Please know it’s not all cherry blossoms and Kpop socks in Korea: it’s life.  I’m just blessed to be alive, in my right mind, and to have the opportunity to explore and gain knowledge. That’s what I love.

Thanks for reading and let me know how you feel in the comments :D

Leave us a comment to let us know what you think, and stay tuned for more!

Source: Written by April of pinkfashionninja.  Take out with full credit. All gifs and images credited as tagged.

By Erika February 24, 2012
...and they haven't even released their album yet.  Craziness. I told myself yesterday that I was going to relax on the Big Bang posts for a bit because I was starting to feel like a Big Bang fansite, not that that's a bad thing.  THEN... they release something like this: "Bad Boy" teaser- Source:  BIGBANG
304 comments
READ MORE: