Posted by Erika on March 04, 2013
I've been away for a few days; sorry about that...  I'm back now and I come bearing gifts!  Here's some more SHINee for your viewing pleasure, and this time I've got their episode of KBS's "Hello" and Mnet's "Beatles Code".  As usual, watch (or download... shhh!) quickly before they get deleted.  Also as usual, I'll be updating these with English subbed versions as soon as I find them.

Fyi, I've been looking for "SHINee's Wonderful Day" episode 4 English subbed and I have not found it anywhere.  If you do find it, be sure to leave me a link in the  comments or in email (click on Contact Me at the top of the blog). 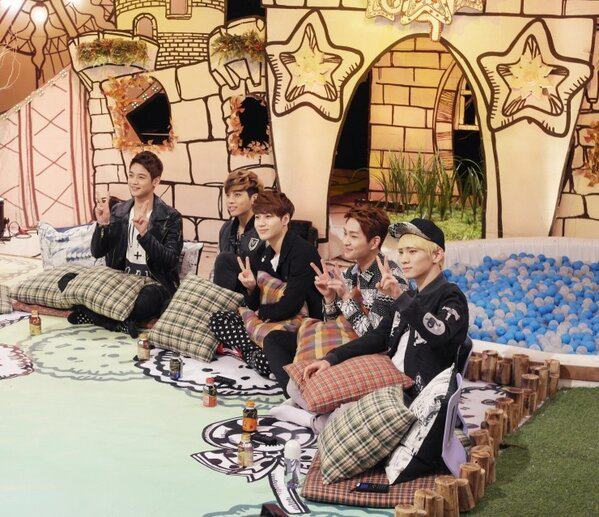 
If you want to get an idea of just how hard these boys work and just how much blogging I'd have to do if I tried to keep up, Here's their schedule for 10 days in March:


See more of their schedule here.

Yeah, I'd pass out.  Plus they have to pretend to be all upbeat and fun and cute while being exhausted.  No thanks on that!  More power to them... I wouldn't be able to do it.

Oh and hey, check that out.  What I, and others, have been calling episode 4 of  "Wonderful Day" was actually episode 3.  Go figure.  I'm still confused as hell... Sigh.  So apparently I'm looking for the English subbed version of episode 3, even though most versions of episode 3 seem to be the wrong one (since they were thinking the same thing I was).

Which show can you not wait to see subbed??  Which one looked the most amusing?  Leave me a comment with your thoughts and feels.