UPDATED: Spam Post: SHINee Did 20 Things Today, What Did You Do??

Posted by Erika on March 13, 2013
I thought this blog post title was pretty apropos, because when I woke up today there were already like 5 new SHINee things for me to watch.  Now it's nighttime and they already did a ton more stuff.  Damn!  SM is really getting their money's worth out of them these days.

Anyway, I digress.  Let's get on with it!  But first do remember that there are no English subs for most of this because it all aired today. 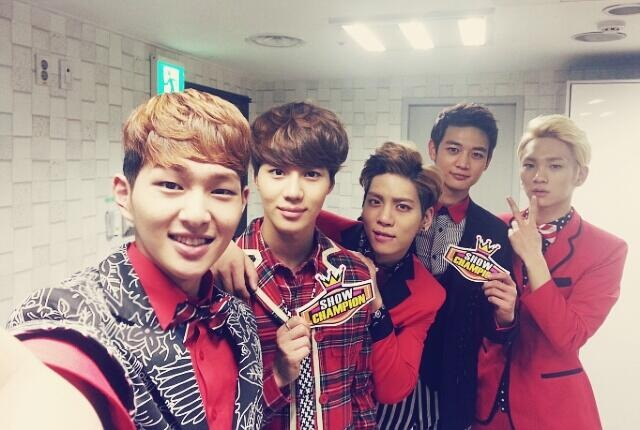 I was so excited for them, you don't even know.  Look at them be fabulous! 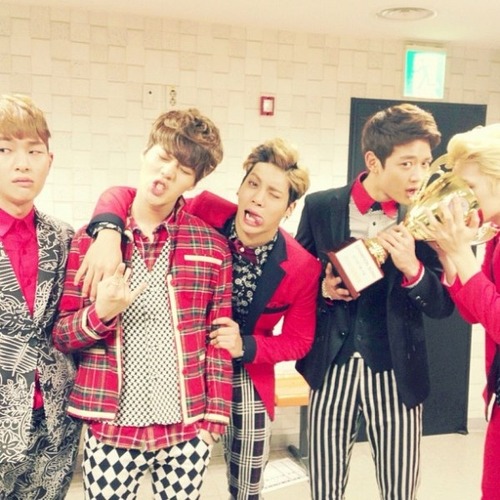 Make sure to watch them make Minho do a gajillion sit ups because they won.  So unf. 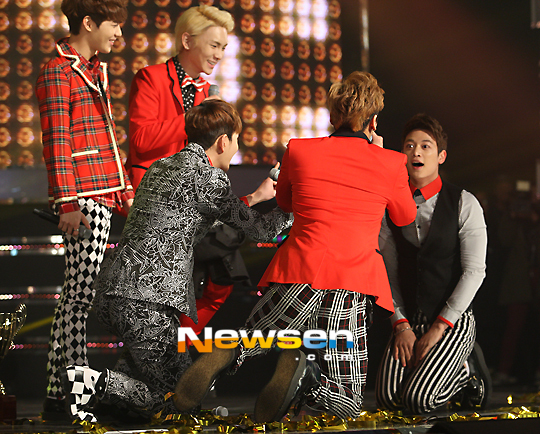 2 Jonghyun sings "Don't Go Today" and "See Through" on Sukira, blows me away. 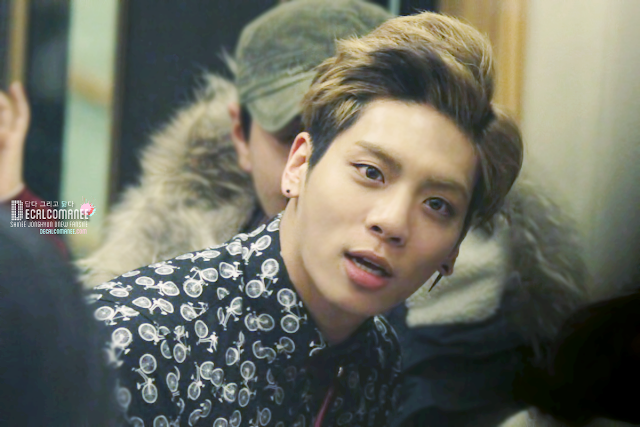 I was staring at this pic and wondering what the hell looks different about him and just realized it's his eyebrows.  Seems as if they decided to dye them to match his hair, which looks not so cute on him, imho.  Then again I'm not really a fan of him with blonde hair so... :shrug:


You can watch 57 LQ minutes of it here if you choose.

#1 - Jonghyun said, EXO’s D.O & BaekHyun are his favourite kids. Previously when they were all still trainees, they trained together. After that, when they were preparing for their album, they stayed together at the studio for about 3 months; when coaching them, Jonghyun had learnt alot too. Ryeowook went to said ‘I want (coaching) too!’ (…I want it too!)

#2 - There was a listener who sent in a message to Sukira saying that it’s her birthday today, and wish to hear some greetings~ Jonghyun said ‘Seems like there’s alot of people whose birthday falls on today; just now during fansign, there was 2’

#3 - After J-Rabbit finished singing, Jonghyun request them to continue to sing another song. A listener sent a message to Sukira and said ’ Jonghyun’s blooming smile’ Jonghyun then said ‘Yes, whenever I listen to good songs, I will smile widely’ Previously when Onew was on Guest DJ, Jonghyun said he also like the vocal of the female guest and he even went on to search on it.

#5 - Ryeowook asked Jonghyun if he drinks? Jonghyun said, of course, we are all young adult ~ Taemin have became an adult already too. Ryeowook then asked, where is taemin? Jonghyun said ‘He is with the other members, on other schedules’

#7 - Jonghyun said it has been some time since he sang a cover on radio shows, trembling~ Since debut, he has sang 70plus covers; because during trainee, he had practiced alot, he wants to sing it for everyone, so he has been continuously singing when debut. then he went on to sing a part of ‘Because of you’ which he had sang it frequently. A listener then sent a message in and said ’ If Jonghyun said Don’t go, I will definitely not go; Jonghyun replied ’ okay, Don’t go!’
English Translations: Forever_SHINee

Lol @ Key when they tell him he's the one that was caught using a "phone" on stage.  You can check out what he said here.

Umm yeah, isn't this awesome?  I was in bed this morning when I watched this and I did this kicking/squee-ing combo afterward.  I couldn't resist.  Plus built in English subs are always my absolute favorite thing.  <3

I also love how they are always so diplomatic in their answers.  They've been taught so well, haven't they? 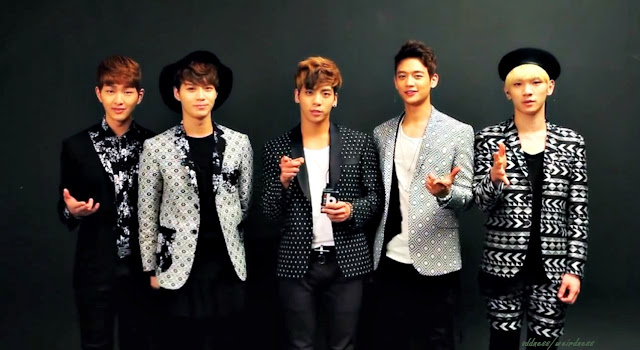 This looks like some sort of quiz show.  It's just cuts but if you're all about Taemin, this is the video for you.  Get that cash, Tae Tae!

7 SHINee talks about their "Fire" pv.

They're such busy guys!  Of course it's obvious that this wasn't all filmed today.  However, most of it was filmed between today and yesterday so be amazed, be very amazed.

Stay tuned to Oddness/Weirdness for more SHINee info... You know you want to.