Posted by Erika on March 11, 2013
Have you ever wondered where all those wonderfully amusing Minho laughing gifs come from?  Well you came to the right place, my friends.

Last night I posted one of said gifs to the blog's Facebook page and today a loyal reader named Kathryn asked me the origins of the gif.  Thankfully I'm pretty well versed in Google-fu because I did not recall the name of the show at all, having watched it a few years ago.  All I remembered was something about a truck driving around at night and that Onew was a co-host.  Plus that it had me (and Minho) laughing our asses off.

Lo and behold I found it.  The show is called "Nocturnal" and if you've never seen it, you must.  In this episode of the show you'll see what I assume is SHINee being pretty much themselves.  They couldn't possibly be putting on their fake public faces... they're laughing too hard. 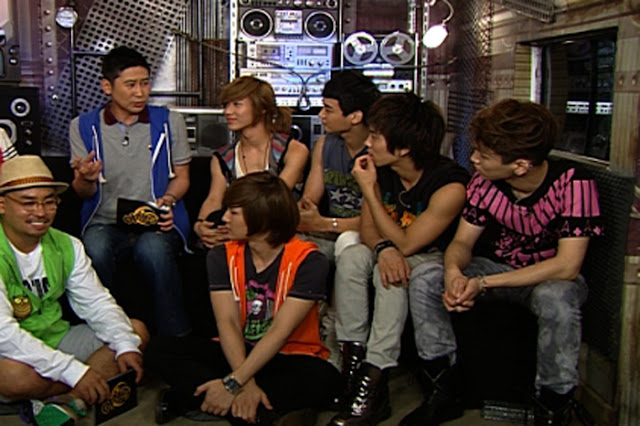 The quality isn't that great but I'm sure you'll enjoy it anyway.  All other versions that I found have been deleted or are shortened.