G-Dragon Teases Anime and Thom Browne For His MichiGO MV

Posted by Erika on March 17, 2013
G-Dragon is a busy man.  He's got the release of his new album coming up, he's embarking on a solo tour soon, AND he's working on an mv for a new song.  The song is titled "MichiGO" (which is a pun on the words "crazy" and "go") and it will be debuted at his first concert in Seoul on March 30th.  You know this means the guy has been attending all kinds of shootings and rehearsals and he might even still be putting the finishing touches on his third album.  Craziness.

Today GD, or as I like to call him, "The Social Media King", updated his Twitter and Instagram accounts with the following photos from the "MichiGO" mv shooting:


On March 15th, YG Entertainment confirmed that GD will be revealing MichiGO in his Seoul concerts but it has not been confirmed if he'll be releasing the song as a single.


GD is, of course, wearing Thom Browne in these pics.  Let's take a closer look at these pieces: 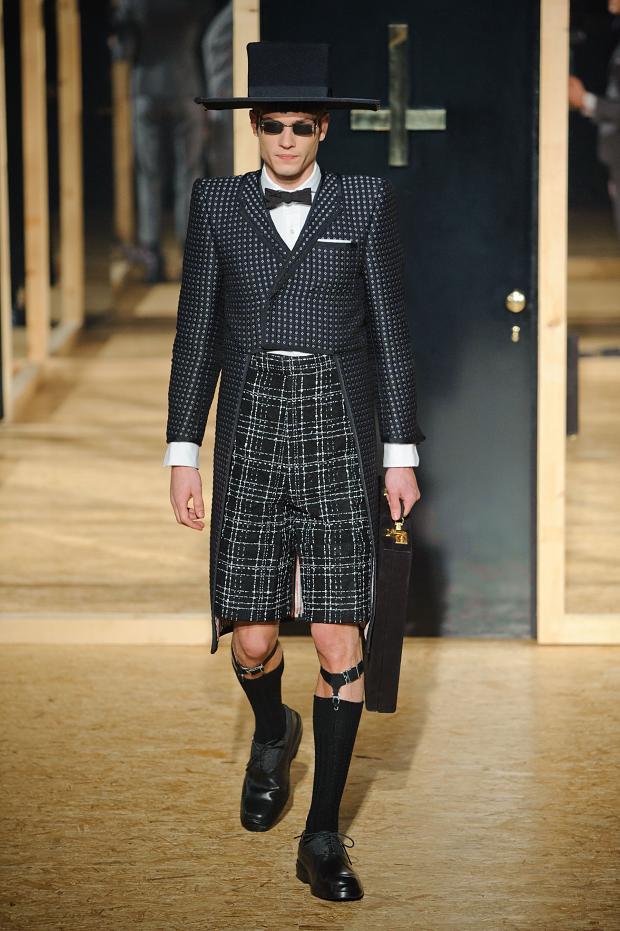 The only difference in the outfits in these two pics is that GD is wearing the white sock garters and different big ass shoes.  What's up with that, by the way?  Why are those shoes at least 2 sizes too big?  Plus the addition of the anime mask and that hat makes GD's head look extra small.  But I digress...

GD must've been ordering these clothes when he visited the Thom Browne store for pre-fall purchases.  I'm not surprised at all to see him choosing the designer's clothing for his new mv.  Thom Browne's runway fashion is always whimsical and  kind of loony and I was just waiting for some of these fall/winter 2013 pieces to show up on him.  I'm quite sure there'll be more to come.

I always like to play "Guess what this idol will be wearing", so let's see... Maybe he'll don some of these pieces in the mv: 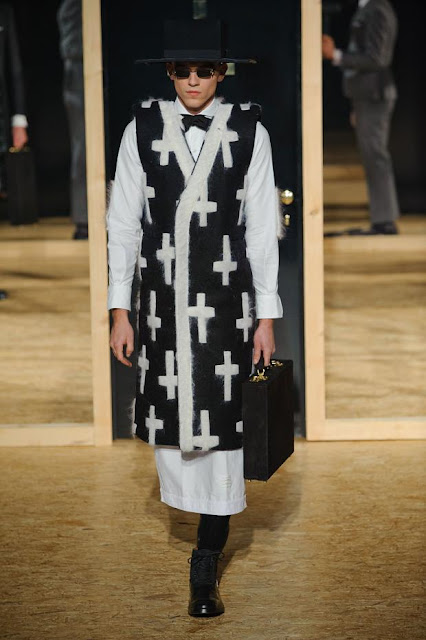 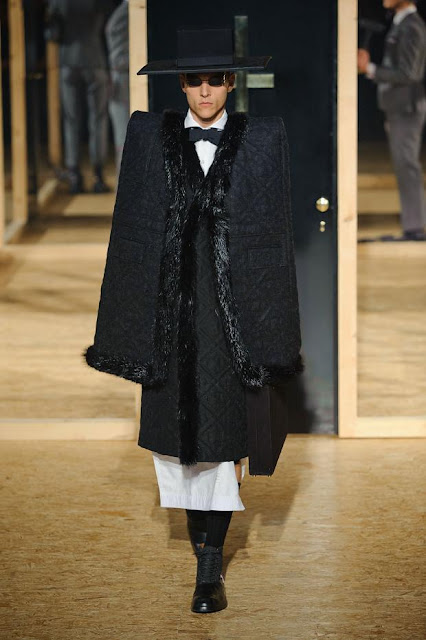 Lol we'll see.  I really wouldn't be surprised if he wore this jacket: 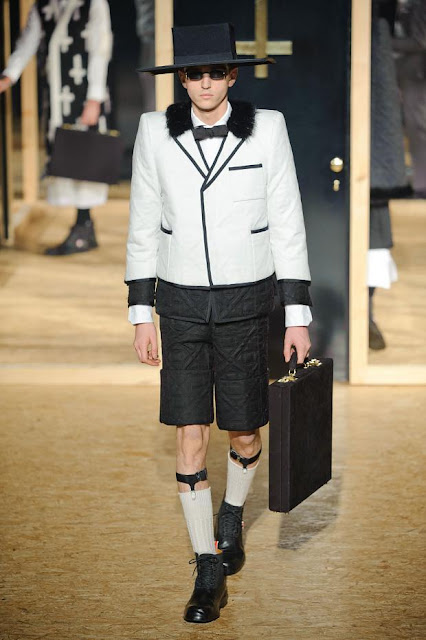 I can't even imagine what all this foretells for the direction this mv will take, but I'm sure it will be incredibly weird and fun, just like I like it.