Posted by Erika on January 03, 2013
It's only a few days into 2013 and it seems like it's already the year of the Kpop scandal.  So far Rain has gotten into trouble for dumb stuff like dating Kim Tae Hee and not wearing his hat while off base (smdh), idols are tweeting crazy stuff, and how about another sex scandal?  But the news that just made my jaw drop was that Block B has filed suit against Stardom Entertainment because they want their exclusive contract to be nullified.

Read on for more info. 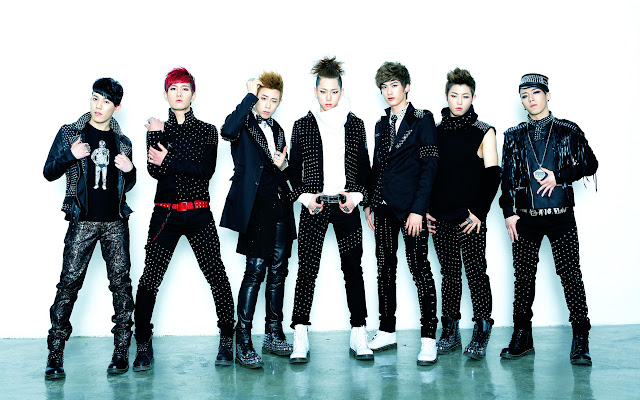 Here's some quotes from their suit as reported by various media outlets:


“During the signing of the exclusive contract, it was promised that in addition to providing proper training opportunity and facilities, we would be paid on every 25th of the following month… However, the agency has not paid us for nearly one year since April of 2011.”

“It started last year in March when one member’s contract was ended and his portion of the pay was calculated… Appearance fees from events as well as pay from SBS drama ‘Phantom’s OST, MBC drama ‘Golden Time’ OST, and funds collected from the inaguration of our Japanese fan site’s fan club, and more for a total of 10 things, have been omitted.”

They also added, “The CEO of the agency, Mr. Lee, has also disappeared with the 70,000,000 KRW (~66,000 USD) that he collected from the members’ parents to use for promotion and production costs… He never listened to the members opinions or thoughts on their activities and directed only in his way.”


Yeah... this is serious business.  Keep in mind that the source for this story is Allkpop, who's info I always am skeptical about, so we'll see what else is unearthed in the next few days.

Stardom Entertainment has not made any statements thus far but I'll keep you posted on any further developments.

UPDATE:  The news keeps pouring in.  I was just informed by a commenter that this info was found on Naver:

"These guys were paid $14 without any support from their company. P.O. paid for all of their stage outfits from his own pockets and their staff worked for them with their own money."

The truth will come out soon, I'm sure.

We were discussing how we hope Block B does not disband, only to read a few minutes later that Park Kyung and Zico have removed the name "Block B" from their Twitter profiles and usernames.

Park Kyung's Twitter username used to be @BlockBkyung and Zico referred to Block B in his profile up until not that long ago.

What do you think about these allegations?