Posted by Erika on April 21, 2012
Wow.  I accidentally deleted this post because of Blogger's new interface.  Let's try again, shall we?

Who did I pick for biggest idol troll?  Shinee's Jonghyun.


I'm sure you're thinking, "You picked Shinee again??"  Well, there's a reason for that.  I submit that Jonghyun is the trolliest of the idol trolls.  Here's the evidence.


but everyone was skeptical.  After proving it was really him, he went on to start trolling.  First he said he'd only tweet once a week, but then...

Tweet # 2
The world is too wide and the smartphone is too convenient for me to suppress the adlibs wiggling inside of me any longer. There are a ton of things that happen in a day to laugh about but I’m the only one who can’t laugh!! (NOTE: He means he can't share b/c he is limiting himself to 1 tweet a week). But they are so funny!!

Tweet # 3
It is a lie. I’ve had an insatiable disposition so I can’t take it anymore to only tweet once a week. I’ll do it when I wanna. Yogurt ajumma please give me yogurt. I will tweet more often ㅇㅇ

Tweet # 4
Your expression after seeing my announcement. (NOTE: The drawing says “you’re cute”) 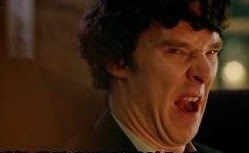 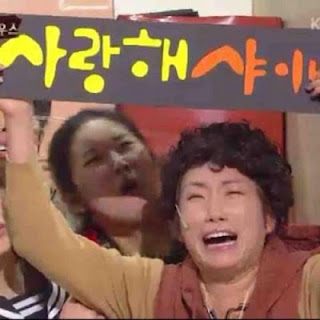 [Picture translation]: I love you, SHINee (T/N: Jung Kyungmi is a comedian and the picture is from the show Gag Concert.)

Yes that's Benedict Cumberbatch, who plays Sherlock Holmes in the BBC tv series... trolling as usual.  Lastly, Jonghyun tweeted this the other day:

Lol yes, Jjong, you look great and yep... trolliest of the trolls.