Posted by Erika on April 10, 2012
In my eyes, there could never be a better candidate for idol most likely to be preaching from the pulpit than Super Junior's Siwon.  It's well known that Siwon is super, super religious. 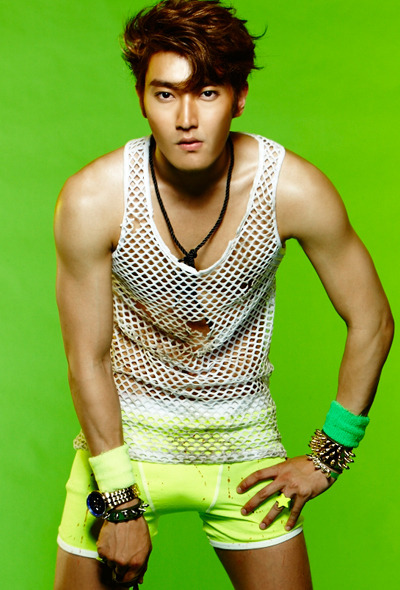 I chose this pic on purpose because he pretty much looks the most likely to be go-go dancing in a gay bar here, which is all part of the fun.  I'm sure that's far from what he was going for, since I heard he hates the gays.  Tsk tsk...  Anyway, here's why I chose him:
Super Junior's Yesung once said in an interview-
"People always think I'm happy because I'm in Super Junior - but in fact, there are many difficulties that I had to face because I am a member of Super Junior. When difficult things happen, I get the support of my family and friends, but they're not always with me. And even though I'm not as faithful as I'd like to be, I trust in God and God gives me strength to overcome my mistakes and struggles. Siwon, Eunhyuk, and Kyuhyun also are Christians. Siwon is the most faithful one among us. Somehow, Siwon goes to the church every Sunday - he even went when we were on tour in Japan which is amazing, since there aren't many churches in Japan."
So yep, future preacher or go-go dancing altar boy.