[K-Dramatic] A Flower Boy And Their Makeup Are Never Parted

A recent article in a British newspaper pointed out that Korean men now wear a lot more makeup than they did a generation ago.  It has become more common for men to apply foundation and eyeliner before going out in the morning.

I blame it all on the flower boys—not that I’m complaining.

Actors such as Jang Geun Suk and singers such as G-Dragon regularly model for cosmetic and skin care companies, with the main selling point being their flower boy good looks.

It’s more than just wearing makeup.  Flower boys dress up and act in ways that American men might consider effeminate.  One definition for a flower boy or man is someone who is soft and romantic.  But flower boys are also pretty, very pretty, and often have no qualms about dressing androgynously.

K-dramas such as "Flower Boy Ramen Shop", "Shut Up and Let’s Go" (also known as Shut Up Flower Boy Band) and most recently "Flower Boy Next Door", have all done their part to promote the flower boy appeal.  And then there was "Boys Over Flowers", whose pack of super popular good-looking rich boys was known as F4 for Flower 4.

In every one of these series, some lucky girl is surrounded by a gaggle of gorgeous young men who occasionally have better haircuts than she does and often better wardrobes.

On occasion they are better at applying eyeliner.

In "Flower Boy Ramen Shop", four attractive young men help a poor college student run her late father’s ramen shop.  The hero, played by Jung Il Woo, dresses to kill and never has a hair out of place while the heroine, played by Lee Chung-Ah, plays basketball and is occasionally a sweaty wreck. 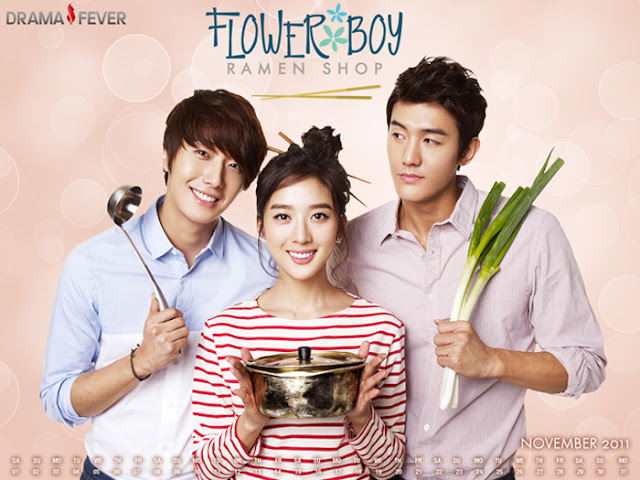 In "Flower Boy Band", the band, appropriately named Eye Candy, dazzles every girl they meet with the sheer volume of their eyeliner (and to be honest, some great music). 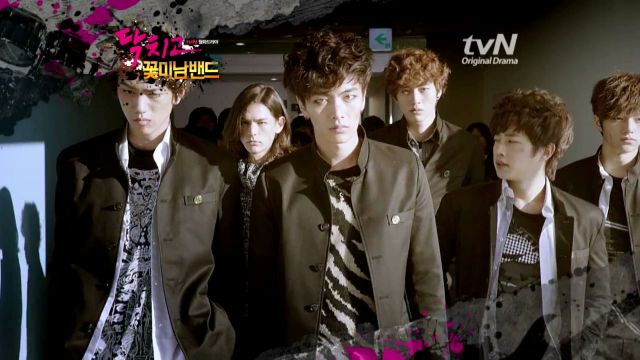 In "Flower Boy Next Door"  the hero, played by Yoon Shi-Yoon, dresses with great style while the object of his affections, played by Park Shin-Hye sleeps in her clothes. 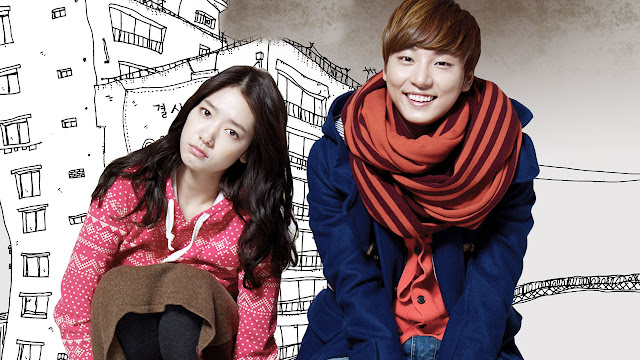 And of course in "Boys Over Flowers", the plucky heroine Geum Jan Di is poor and generally clueless about clothes and makeup, while F4 members import their couture. 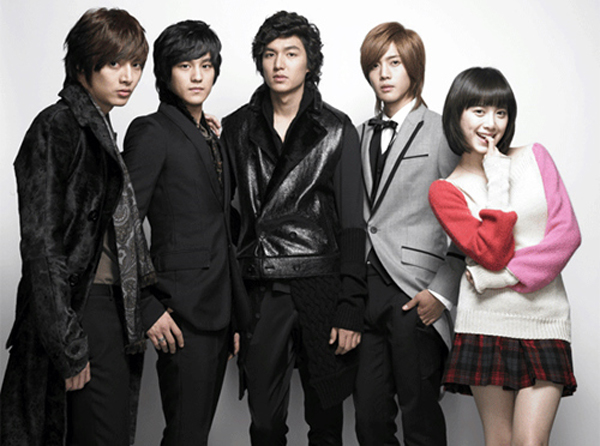 Prizing men for the attention they pay to their looks may be a uniquely Korean phenomenon with a historical precedent.  During the 10th century, an elite association, called the Hwarang or Flower Boys, was known for its cultural achievements as well as the members' physical beauty, use of makeup and decorations.  But whatever its origin, it’s a standard of beauty that, thanks to K-dramas, is loved around the world.

If I had to choose, my favorite flower boy would be Cha Chi Soo, the character played by Jung Il Woo, in "Flower Boy Ramen Shop".

Do you have a favorite flower boy? If so, write and let me know.